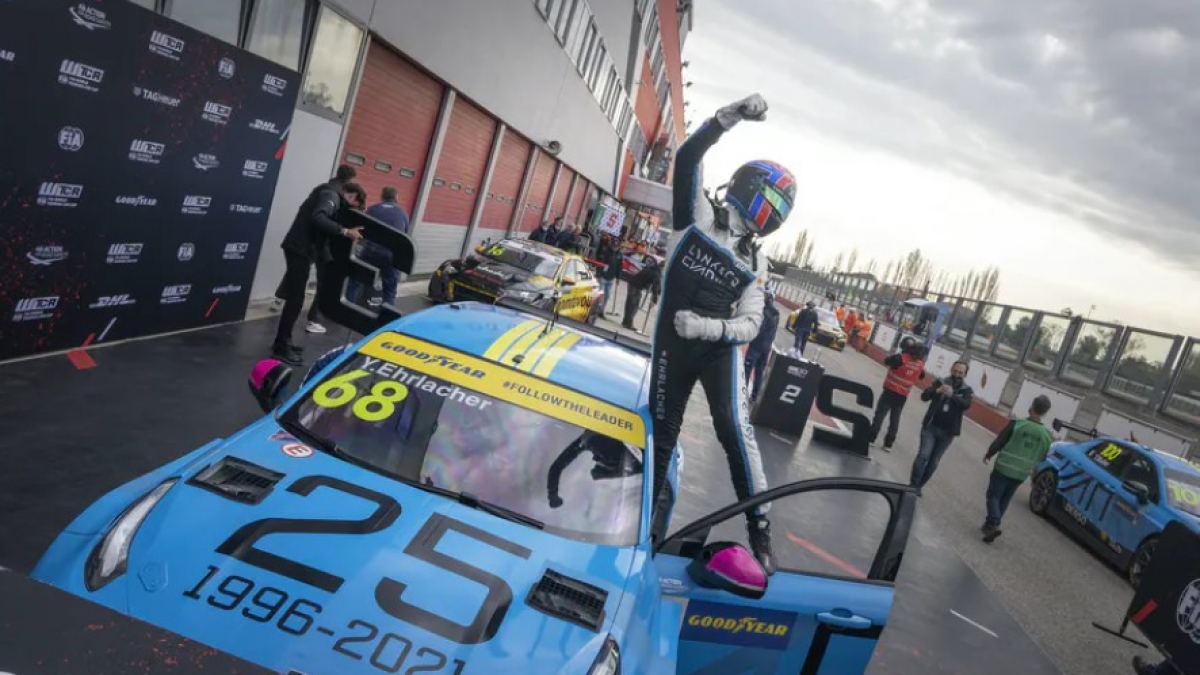 Cyan racing celebrated its 25th anniversary in style at Adria Raceway in Italy, taking 2 wins in the FIA World Touring Car Cup.  The blue cars were on top form in qualifying, with 3 cars in the top 5 shoot out for pole, with Yann Ehrlacher claiming top spot and 10 valuable championship points.  The reverse grid first race saw teammate Santiago Urrutia starting on the front row and pulling off a fantastic overtaking manoeuvre for the lead at the end of the first lap, then going on to seal the win.  Championship leader Yann, drove a very sensible race to bring home his car in the points, but most importantly intact for race 2.  Starting on pole Yann made a good start and from then on controlled the race to take the win and with it a 36 point championship lead going into the last round in Sochi, Russia.  In the teams championship Cyan Racing lead by 63 points, with the team aiming to bring home the double, just as they did in 2020.