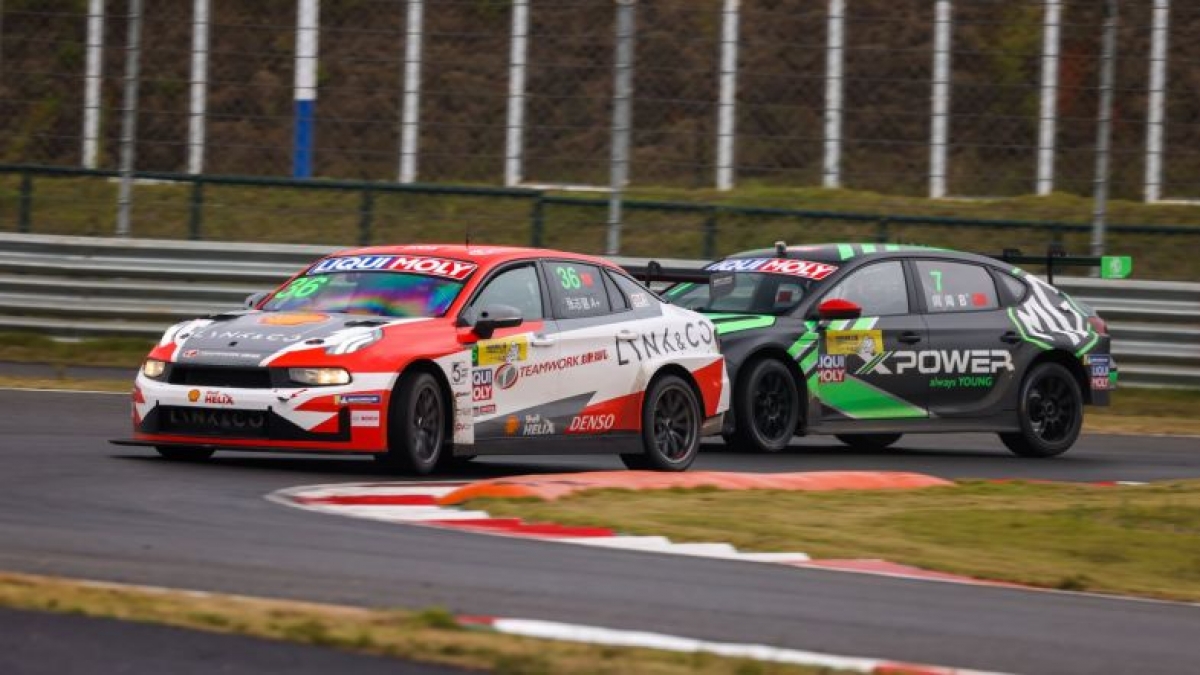 The Lynk & Co 03 TCR car has taken its first 2021 championship honours, appropriately on home soil for the Chinese manufacturer at the Tianma circuit.  The team yet again won both TCR races, which put all 3 titles out of reach of the competition ahead of the seasons finale in Macau on November 19-21.  Congratulations to Lynk & Co on another manufacturer’s title and to Shell Teamwork Lynk & Co Racing for taking the teams title.  The only title still undecided is between drivers Jason Zhang and teammate Ma Qing Hua.  With 20 points separating them, but no one else able to overhaul them, its down to the teammates to battle it out around the awesome Macau street circuit.